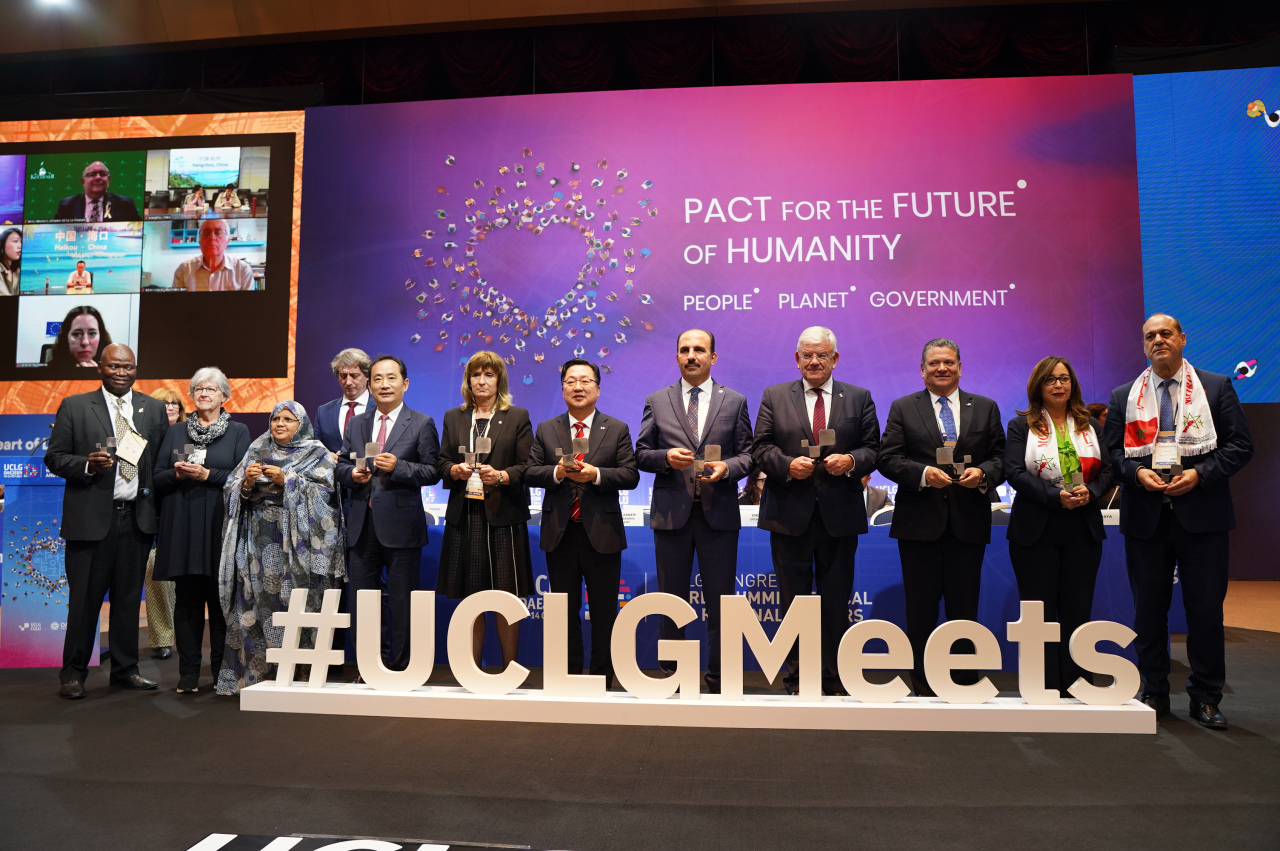 The 2022 World Summit of Local and Regional Leaders saw the renewal of the UCLG policymaking bodies, including its political leadership, until the next Congress.

The Presidential team of UCLG is elected by the World Council in the framework of the UCLG World Summit of Local and Regional Leaders. To ensure they have a full democratic mandate conferred to them by local elected officials from across the world, according to the UCLG Constitution, the members of the Presidency shall hold a local electoral mandate. They must also be at the head of a local government or a national association of local governments.

The election of the full Presidential team is a global process, responding to a call for candidatures. The World Council appointed in Daejeon, following a full-year democratic process organized by country delegations and world regions and sections, is the body that elects the presidency.

Candidates were encouraged to maintain discussion among themselves to reach a Presidency ticket that would represent the diversity of the Organization, with the highest consensus possible. This mandate to the candidates was ratified by the Executive Bureau and the General Assembly of UCLG, which in turn helped the UCLG leadership come to an agreement to develop a collegial Presidency, with a rotating President for a mandate of one year.

Ambassadors of The Pact of the Future:

Ambassador for the Future of People: Ada Colau, Mayor of Barcelona

Ambassador for the Future of Planet: Anne Hidalgo, Mayor of Paris

Ambassador for the Future of Government: Yücel Yilmaz, Mayor of Balikesir